Pics of Friends and Bands I've had thru the years

I can't always guarantee these kind of crowds when I perform. But I love Las Vegas and Las Vegas seems to  Loves me. 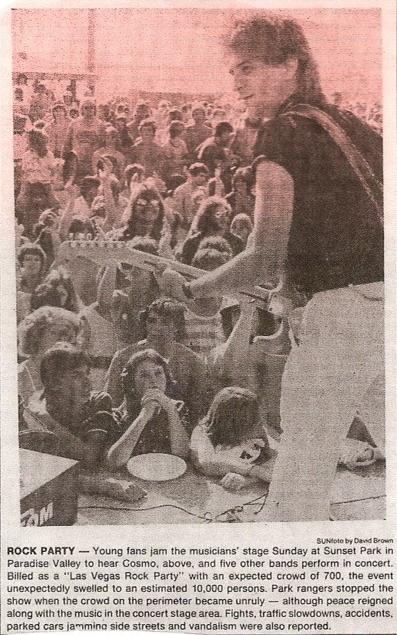 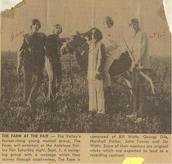 I am a solo Guitarist , I play Keyboards and 8 other instruments. Singer and one man band!  I have been working for major music companies for the last 25 years traveling the world, doing guitar and keyboard clinics. I have decided to start performing locally! I play every style of music on a variety of guitars and some keys.

My song list goes from Louie Armstrong, Frank Sinatra, Elvis, Beatles , Eagles, Earl Kluge  James Taylor, Van Morrison, Sting, John Meyer to current. I perform with live MIDI tracks that I have hand crafted. Other artist can sit in with me and I can take their instrument part out of my tracks! I also have a vocal harmonizer, my own PA system, multi- guitars, and keyboard that I use.

Pictures  of  Artists I have worked with.

I was born in Burbank CA:  William Cosmo Ray Watts (yes a native Californian) I Started playing Uke at 3 (see pic below).

I moved on to Guitar at 5 and lessons at 8.  I started playing in bands when I was 15, even having a song listed on Billboard by the age of 19.

I started working in Music Stores at a young age, also taught Guitar. Toured with my own bands as well as many other bands.

I have worked for musical instrument manufacturers Ensoniq-EMU Systems-Alesis-KORG-MARSHALL-VOX-Line 6 and D'Angelico Guitars. I lived in Ventura, Flagstaff, Phoenix Laguna California.  I now live in LAS VEGAS